There are many complicated steps involved in obtaining a divorce. The best way to ensure that you will obtain the property division, spousal support, child support, custody and visitation arrangement that you deserve, is to hire a highly experienced and skilled divorce lawyer to fight for your rights.

Experienced family law attorney Justin Vande Vrede has successfully represented hundreds of individuals in their Michigan No Fault divorces. He will offer you compassionate advice and aggressive representation at affordable rates, to ensure that your rights are always protected in your divorce matter. Call Justin Vande Vrede today for a confidential consultation.

Many people misunderstand the term No Fault Divorce. A lot of people think “no fault” divorce refers to a divorce where the parties do not fight – or do not “contest” – the divorce. However, “No Fault Divorce” simply means that (under Michigan Law) if one party wants a divorce it will be granted – and no one is required to prove that the other party is “at fault” for the breakdown of the marriage.

In other words, in Michigan, all divorces are considered “No Fault” divorce. And a divorce will be granted even if one of the parties does not want the divorce. It used to be that a person had to show “fault” leading to the breakdown of the marriage in order to be granted a divorce. But these laws were changed so that any divorce in Michigan is a “no fault” divorce.

A divorce situation where one spouse files for divorce and the other spouse does not contest (or “fight”) the divorce, is called an “Uncontested Divorce”.

If you want to file for a divorce in Michigan:

If there are no children under the age of 18, the soonest a divorce can be granted is 60 days from the date of filing the divorce papers.

If there are minor children under the age of 18, the soonest a divorce can be granted is 6 months from the date of filing the divorce papers.

Divorces, however, almost always take longer than the minimum waiting period. This is because it is very rare that both spouses agree on everything – such as custody, child support, visitation and/or the division of property. The longer it takes the parties to reach an agreement, the longer the divorce will take.

If the parties cannot come to an agreement, the divorce then goes to a “trial” in front of a judge. This will delay the process even longer because the lawyers have to prepare evidence for the trial, and the parties have to wait for a court date. 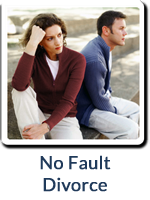 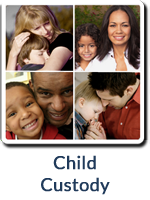 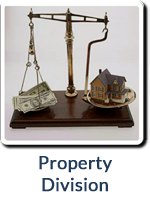